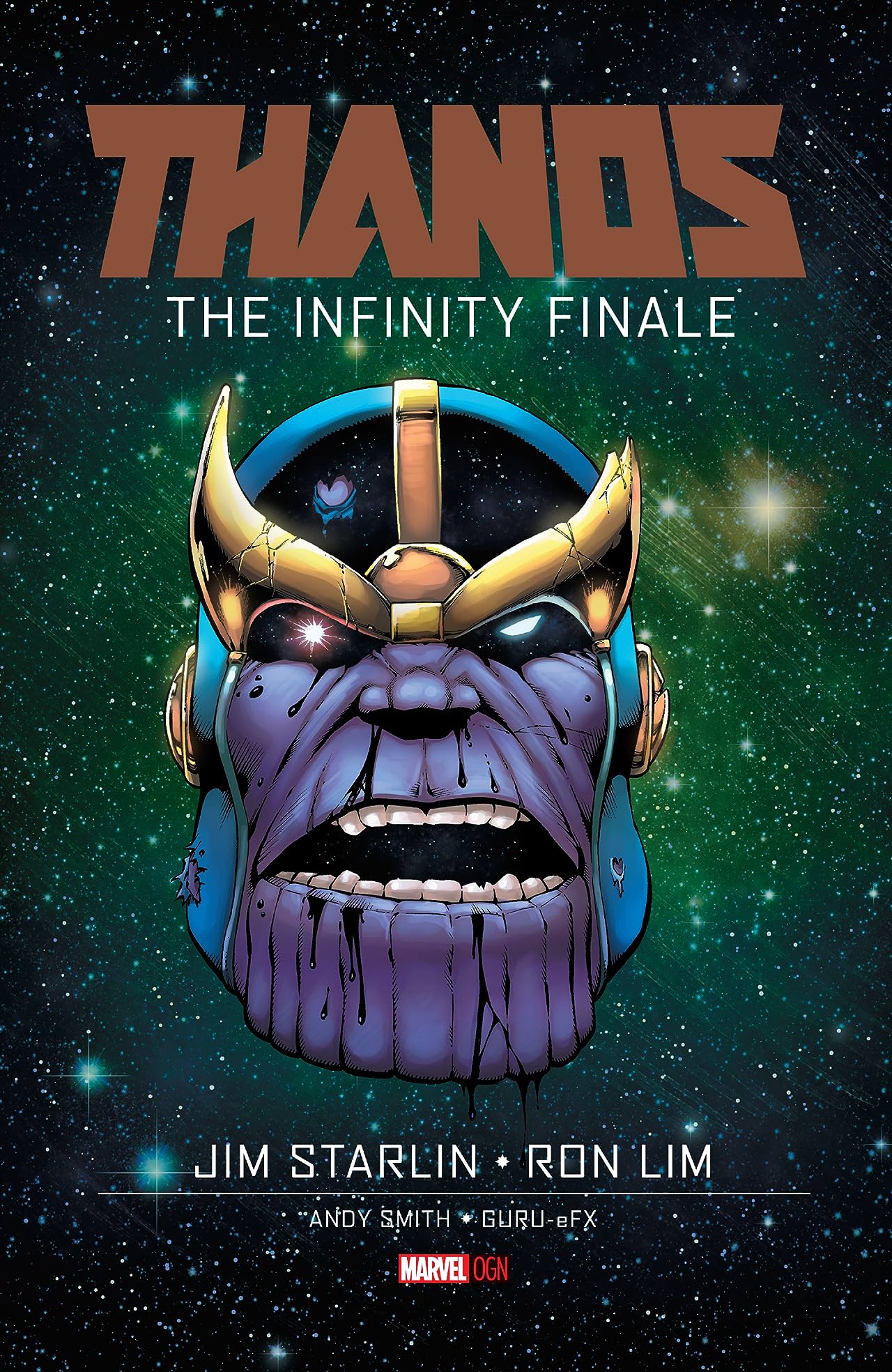 Infinity Finale is the final graphic novel in the new Infinity Trilogy by Jim Starlin, with Ron Lim now on art. Picking up where Relativity left off, Thanos wakes up in Death’s palace. Months have passed since the last comic and Annihilus has destroyed most of the universe. His power has increased to the level where he has taken out Galactus and all the Celestials. The only hope left to save this universe is Adam Warlock, who is still trapped with Doctor Bultar. Thanos defends against Annihilus with the last of Earth’s heroes and again the universe is destroyed and remade.

We’ve reached the end of this marathon finally and it’s pretty fitting as this comic reminds me a lot of Marvel Universe: The End. Once again there’s this unstoppable cosmic threat who destroys most of the universe, a lot of heroes die in the fight against them, and then in the end something hits reset on the universe. This time it’s the alternate reality Adam Warlock, with the powers of his destroyed universe, who fixes everything and sets things back to the start basically. He disappears in the end to become the new Living Tribunal but before he goes he brings back the original, who died in Infinity Revelation. So basically the point of this whole trilogy was just to show off Starlin’s favorite characters and make them the strongest characters in the Marvel Universe.

Despite the stakes being higher than ever, the entire universe is almost gone, there’s still no tension or drama here because Starlin doesn’t build it right. When we begin our comic with a dead Galactus you know that something is going to have to fix that. Annihilus is insanely overpowered now so anything that does defeat him will come off as cheap or convenient, which is what happens here with Adam Warlock taking out all the villains. So we have no stakes, no character to care about as our main character has died so many times now it doesn’t even matter, and the plot is thin. The best parts of this comic are just rehashes of Starlin’s better works. I will at least compliment Ron Lim on his art. He draws bloody battle scenes and dead bodies pretty well.

I’d say just skip this whole trilogy. Entity may have been slightly better than all of this but it only really works in context with the rest of comics so on it’s own I wouldn’t recommend it. 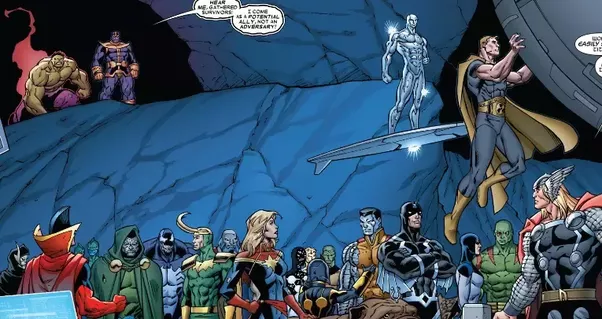 The Infinity Entity is a 4 issue miniseries taking place in between The Infinity Relativity and the Infinity Finale that focuses on Adam Warlock. At the end of Relativity, Warlock was kidnapped by Annihilus and put inside some tube. Here he suddenly wakes up in the middle of nowhere and he ends up at the first meeting of the Avengers in an early issue of their series. After fighting them he goes on an adventure through the universe to understand his current situation.

Like most modern Starlin comics, this comic doesn’t have much in story as Warlock just goes around to figure out what’s going on right now. The final issue reveals that none of this is actually happening so it can feel like a waste of time to read this as a lot of information is repeated from Relativity. The big reveal of Doctor Boltar comes in this series but like I said last time it’s pretty obvious who he really is. After the reveal the villain spends a few pages just monologuing and explaining his evil plan. Starlin falls back into the familiar plot point of the character not yet adjusting to their omnipotence to explain why they were defeated so easily despite their amazing power.

To talk positives I’d mention the art. Alan Davis does a lot of cool splash pages and spreads of the cosmic entities, even if they’re just standing around doing nothing. In the Avengers section the art takes on a Jack Kirby inspired style that fits very well into the tone of the issue. Sometimes the art has a Neal Adams like quality to it with the faces while retaining some of Davis’s own original style. I feel if Starlin just let the art tell the story and removed a lot of his heavy exposition the story would be a lot stronger here.

At the end of the day it’s a mostly irrelevant side story to the new Infinity trilogy but it has good art that makes up for the poor storytelling.

Rating: Borrow from a Mate