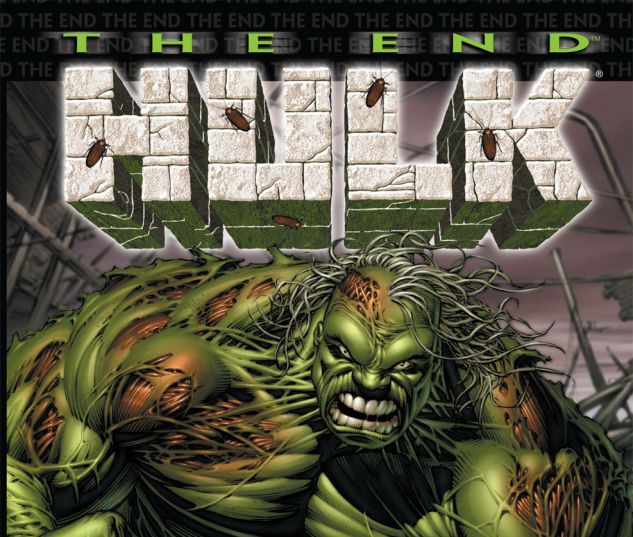 When I reviewed Marvel: The End in the Thanos marathon, I mentioned today’s comic as one of many in the “The End” line. Hulk: The End takes place, of course, at the end of the Earth. The world has been destroyed by nuclear warfare so Bruce Banner/Hulk wander around the planet. The only other things in the world are monster cockroaches which tear into the Hulk daily and a small video recording robot. With almost nothing left, what kind of story can be told here?

Cutting to the chase here, this is one of my favorite comics. I’ve never been a huge Hulk fan but I gave this a read one day and was blown away. Peter David and Dale Keown’s work here really sold me on the Hulk concept and they took it to it’s conclusion. There’s a lot of clever metaphors and parallels of the current situation to classic myths. A lot of the story is about just showing off how depressing this situation is for Banner. He sees visions of his former friends and family, his multiple suicide attempts are foiled by the Hulk, and record keeping aliens arrive just to wait for him to die. Things aren’t good for the Hulk either as he is constantly torn apart by the cockroaches. Thanks to his healing factor he recovers from the mauling and this also explains why he’s lived so long.

Because there’s only the two characters they have to carry all of the comic. Hulk is his usual angry self but you can really understand it this time. As Banner tries to convince Hulk that things would be better if they died, Hulk’s arguments are pretty reasonable for a rage monster. It’s that understanding that makes the ultimate end of the story just that much more crushing. I’ve never seen a comic by Dale Keown before but this is some of the best I’ve ever seen. It’s bright and uses nice shading when it’s needed for scenes in the past while using very dark shadows and well drawn gore for the current day scenes. Keown conveys emotion so well and you can see all the rage on the Hulk while Banner can be seen in his eyes. The two being seen in each other’s eyes is a very interesting way to show them talking to each other.

This comic is amazing and I recommend it to anyone, especially for Hulk fans and people who like their stories dark. 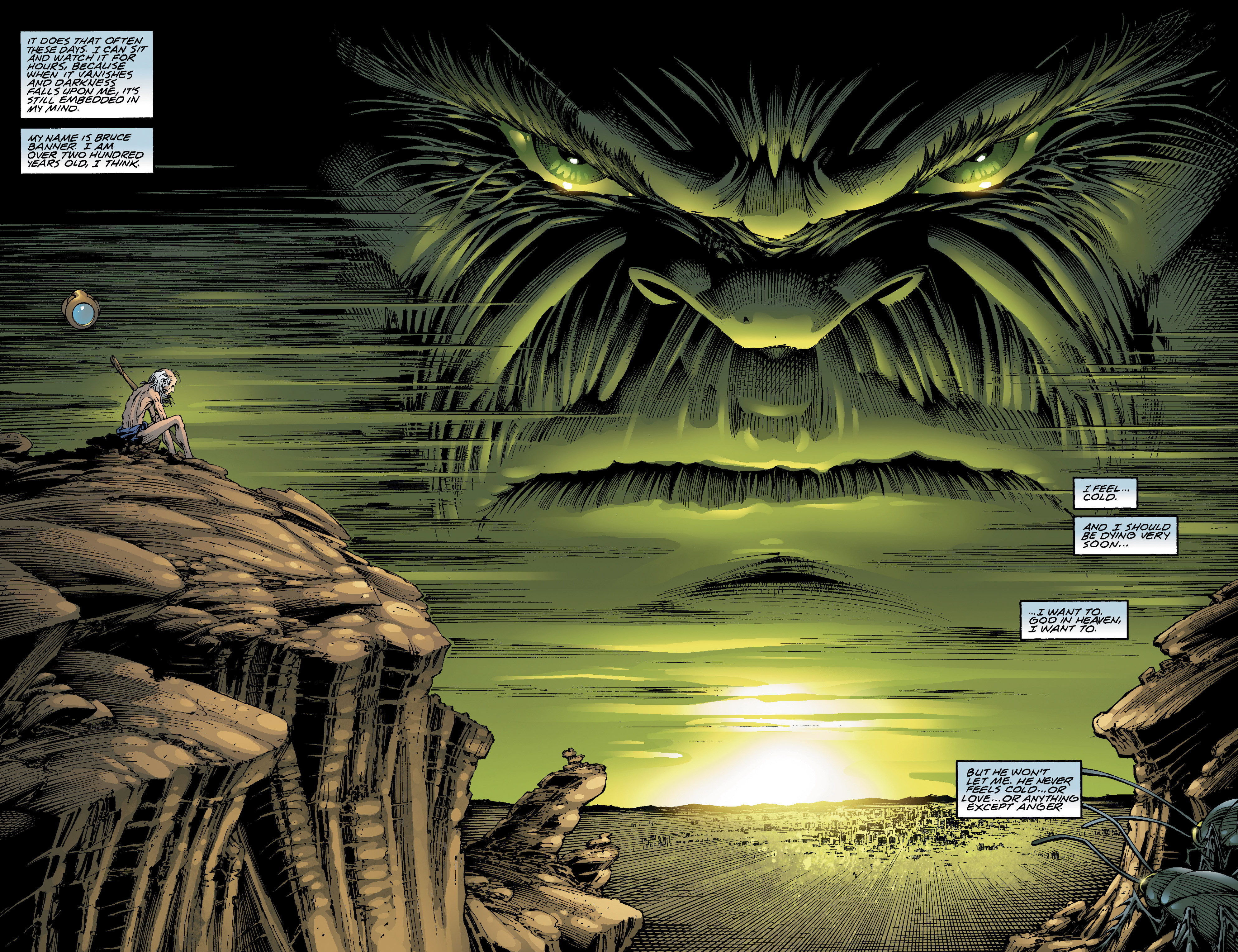